So I'm going to be honest, I'm not very well versed in transmissions. I used to tinker with gear boxes but never actually split a case on one ever. Never gutted one and rebuilt. All I know is the few people tend to stear away from.

Here's what I got going on. I have a 1990 bronco 302/AOD 3:55 axle ratios. I know it was a bit of a pig but still it would slug hard. Took it out to a weekend of desert. I hit one hill and in 1st and 4lo it bogged and wouldn't climb. I came down to flat and put in neutral let off the brake and kept creepin. Thought It was weird so when I got home and went to reverse it it was like I was in neutral till I gassed it a bit then CLUNK and I got a half asked reverse. 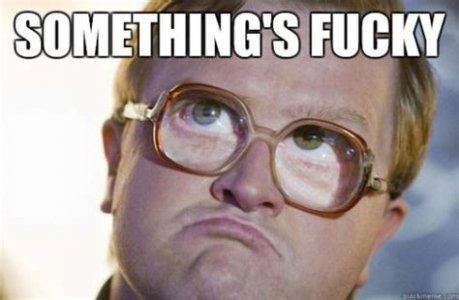 Called a few shops and actually took it to one that was suggested to me "remac" and they did a 300$ diagnostic to say "there's something internally wrong it'll be another 800 to just simply fix it but it'll cost 1400 for us to pull it." So naturally I took it home in searches for another solution or to atleast quote it up. Called monster trans. They didn't wanna help unless I was buying something. I called westminister trans and they had a whole load out for desert style AOD's and that was 4500$ but he did tell me when he's worked on transmissions that had these symptoms it's always been the ?forward drive clutch? I think that's the right term. Anyways fast forward to today and a friend of mine down in SD found a trans last week that came out of a 90 302/AOD 3:55 axle ratio bronco. But where it gets odd is he has the crown vic close ratio planetary gears and the 1-2 ratchet shift option but a non-lockup converter and mine stock is lock up converter. So my question is which converter should I use? Because I do play in the desert sure not like a crazy whoop eating monster but I still want to be able to highway cruise and to do truck things. Shoot that's why I kept the hitch on it. What's your guys thoughts?
M

Right but for offroad is not right? And if I have a non-lockup converter does that mean there's no hope for ever towing anything or like recovering a friend offroad?
M

The_rattlecan_rattletrap said:
Right but for offroad is not right? And if I have a non-lockup converter does that mean there's no hope for ever towing anything or like recovering a friend offroad?
Click to expand...

Definitely don't tow without a locking converter. IMO
You must log in or register to reply here.