This isn't much of a build, but hopefully it will inspire somebody to go out and work on their stuff. I definitely need the motivation to get off the couch and in the garage.

How the explorer started out, for sale picture from 2005

That was my daily for a while. I liked using the sport utility in SUV and used it to haul my kayaks and dirt bike to the desert. 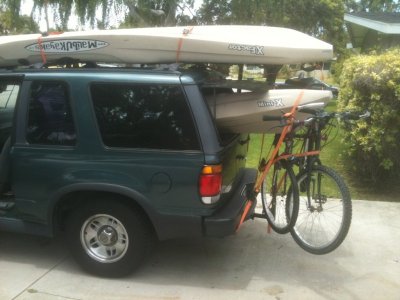 Sometime in 2011 I decided I wanted something different. Since I wouldn't get much if I sold it I decided to build a little desert truck. Started off with a Fabtech lift spindle, uniball upper arms, and F-250 brake lines (extra length and same fittings). 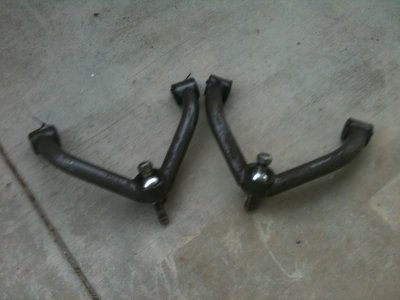 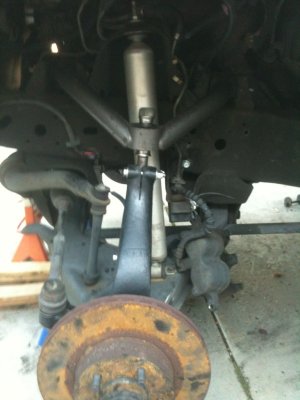 I bought an explorer 8.8 with 4.10 and limited slip on Ebay and had it shipped to to the warehouse where I worked. Only problem is they sent me one with 3.73 ratio. The company was nice enough to give me a full refund and told me to keep it. Sold that and bought another complete 4.10 LS axle on E-bay with the money. 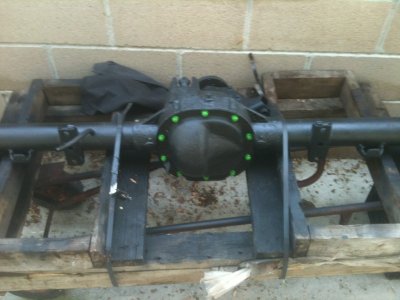 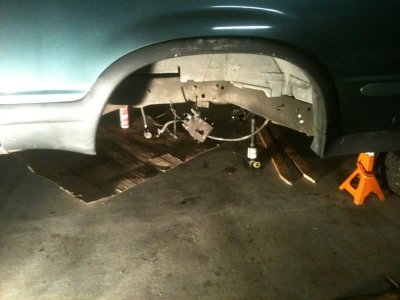 Found some used Deaver G50e leaf springs and Fox smoothies with remote reservoir. Already had the dog bones in the upper mount to go in the stock location. 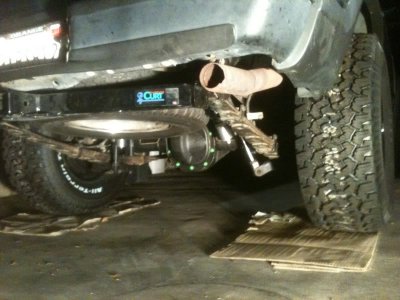 Bought some BFG 33x12.50x15 tires and 15x8 steel black rims. Kept the hub cap, as my friend observed, gave it the cop car look. Had to trim the bumper and valance for clearance. 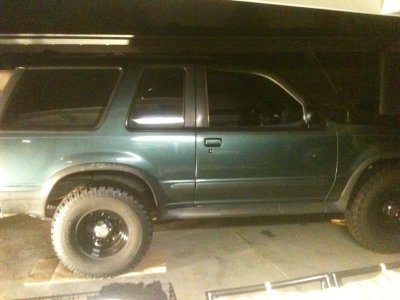 Picked up some Hannemann fiberglass that were only used for mock up. I think they originally came from Mounty71. Everything was already prepped so they bolted right in. Final stance after the upgrade. 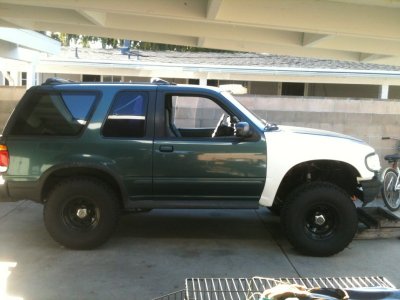 That was good for a while until I saw the custom front end from the White Rabbit explorer was for sale. The kit consisted of a stock lower arm that was boxed and braced and a uniball welded to the end. The upper is a tubular arm with heim ends made to match the modified lower, about 3 inches wider. It used a fabtech spindle with a 7/8 heim on the upper pivot. It still used the torsion bars but included an air shock to help with spring rate and some Fox bypasses.

Had Andrew (before 2AM fab?) weld up the shock mounts. He did a good job of getting the cross brace tucked in there. Also added a brace between the lower a-arm mounts, gussets for the upper arm mounts, and some weld washers.

Out with the old 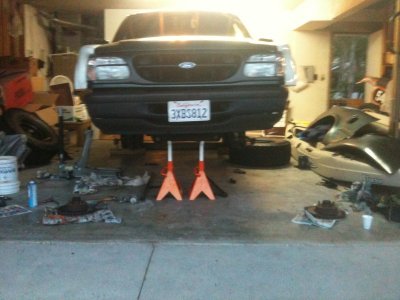 Getting it ready for shock mounts. Lower arm still had stock shock mount which made for easy transport. 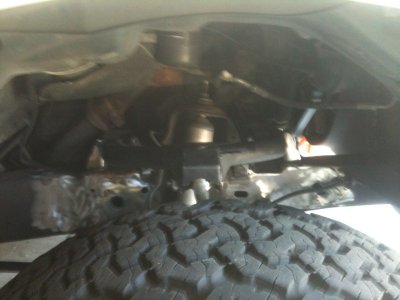 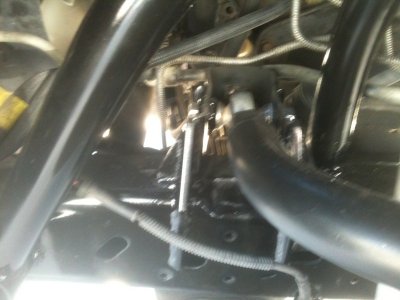 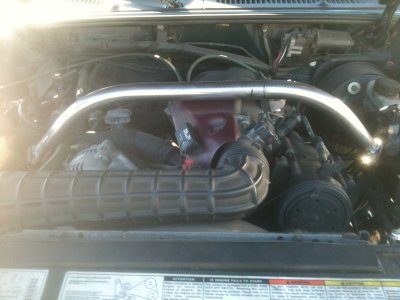 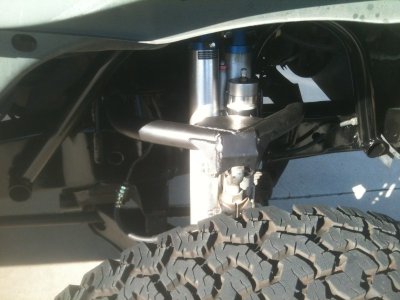 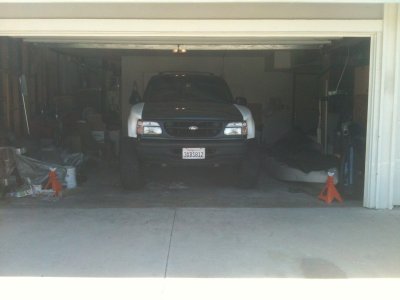 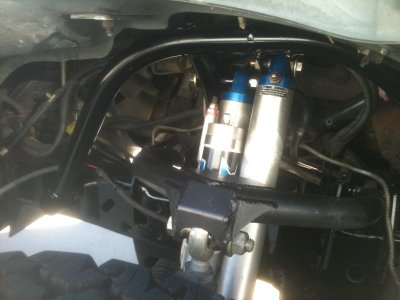 Seeing what it would look like with a white fiberglass hood too. 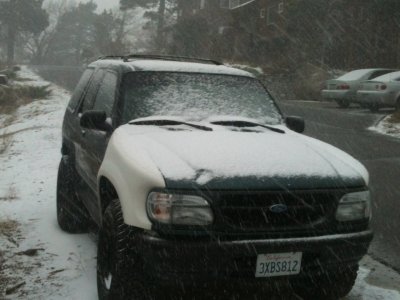 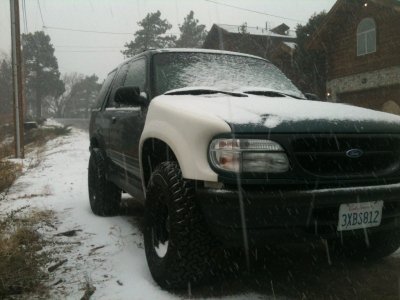 Grew out of the white fender club and into the crappy rattle can paint club. 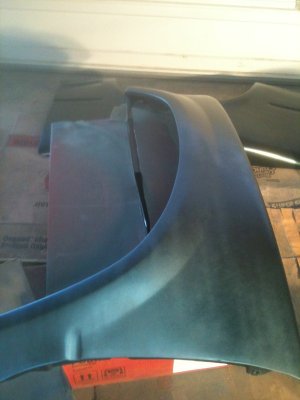 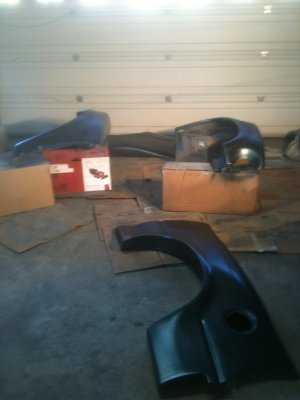 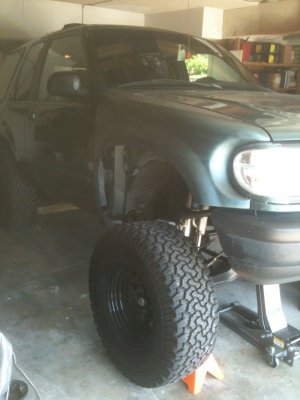 You may notice the upgraded headlights and nice dent in the hood. Funny story, I was headed to La Jolla real early while it was still dark, following a car in the fast lane doing about 80. Car ahead quickly changes lanes and I hit a plastic truck bed liner standing straight up. It stays standing up and I blindly drive off to the shoulder and find it broke the headlights, grill, and roof rack (it hit the kayak too which probably saved the windshield). Took a ratchet strap and secured the headlights so they somewhat pointed in the right direction and continued on my fishing trip. 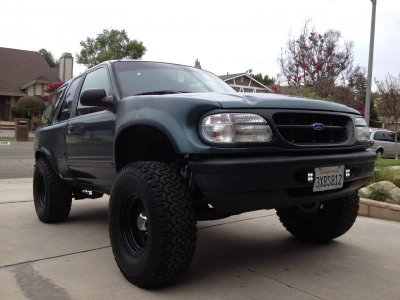 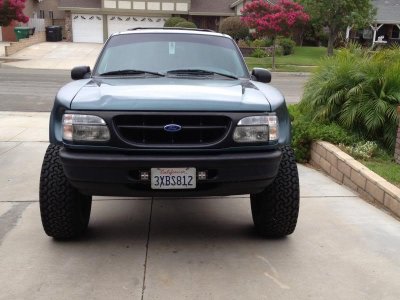 Put on some Fiberwerx glass in the back. I ended up trimming them and the wheel wells to make room at bump. Letting the tires "self clearance" wasn't really working and was just destroying my BFGs. 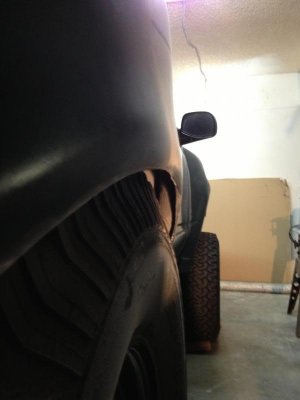 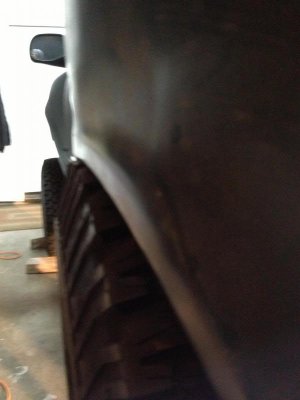 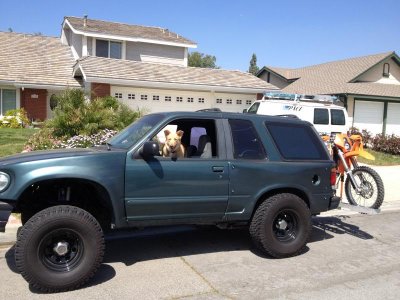 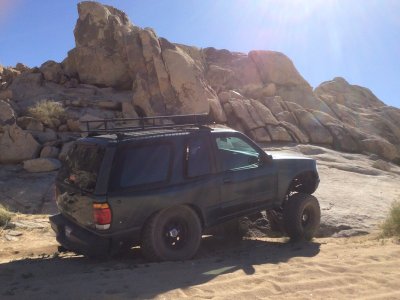 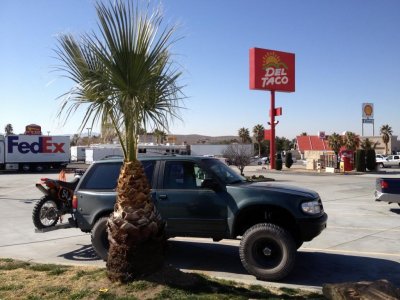 @dwphoto I'm out of Placentia. @obaja Where's your build thread? There's another green 2 door, a-arm expo out there, but I think he's still running white fenders.
You must log in or register to reply here.

All HREW and flux core, yet less ghetto than before
2 3 4