Purchased in January 15' -Shoreline Blue Pearl w 58k miles. I was initially looking for a 3rd gen 4Runner, but I stumbled on this 5th gen that had minor front and rear bumper cover damage and a decent sized crease in the pass door from what was probably a post at a gas station. I looked at a 3rd gen that I didn't like and after discussing what modifications I wanted to do, the Salesman at the Toyota dealer found this one that had been sitting on their lot for a couple weeks and I could probably get a decent deal. 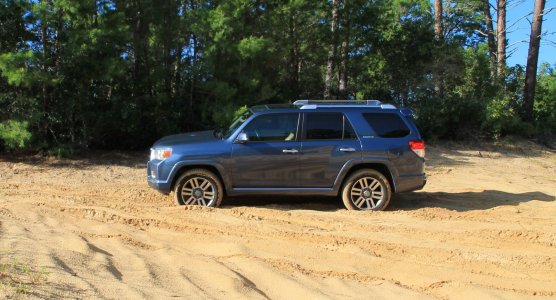 This build was the first of its kind for me and it had a general exploring/camping purpose, but I started out wanting to be able to cruise at decent speeds when the appropriate trail presented itself. Not having much suspension experience and not too many people in Florida know anything about the subject other than a rough country suspension, I went into "read till they bleed" mode for the next six months. So I ended up with Kings, Total Chaos UCA, and an ICON rear w springs. 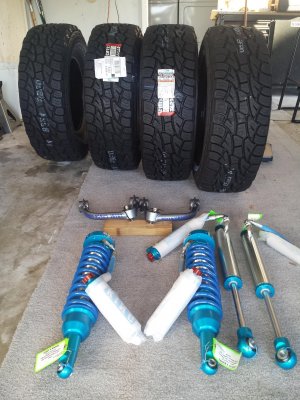 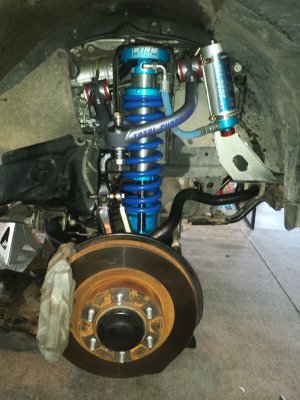 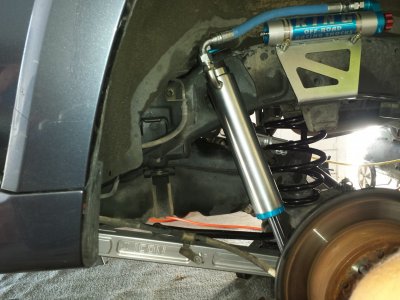 I've turned wrenches on my own vehicles for years, rebuilt a couple SBCs for a couple Camaros I owned, but never have worked on suspension components very much. So learning how to do all this in a single car garage by myself presented some interesting challenges, busted knuckles and of course foul language.
I was a little perplexed on how to install my Baja rack and found a way to support it from the garage door tracks and drove the truck underneath it. 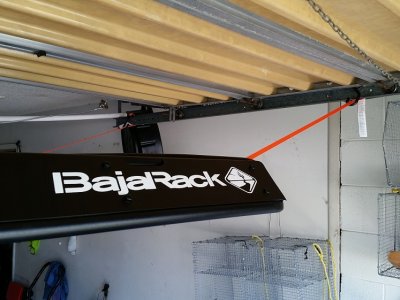 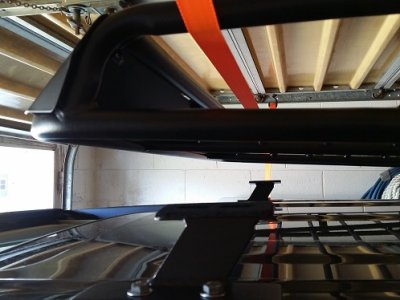 When it came time for Armor (Shrockworks), the skid plates and sliders were a straight forward bolt on, aside from the usual tweeking with a mallet here and there. But, the full tube plate bumper was a head scratcher for me. Too wobbly for one guy and a floor jack.
So I built on my idea for the rack and devised a stabilizer system with a snatch strap and winch puller, anchored off the garage door frame. It didn't have to hold much weight, I just needed to keep it sitting on the floor jack without tipping. I worked it out to where I could crank the winch puller and lift the floor jack at the same time to get it to installation level, then I drove the truck right up to the mounting points. 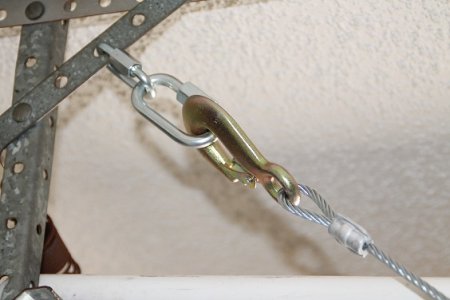 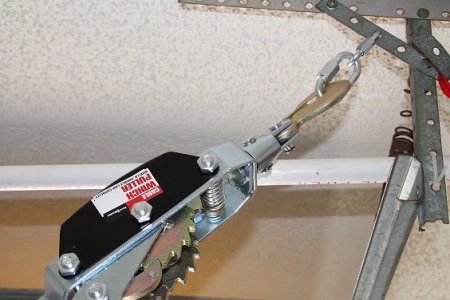 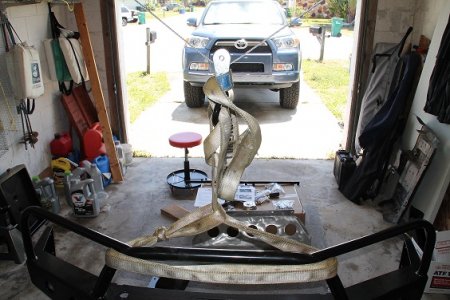 Not being sure if my lift system would hold the extra weight, I opted to drop the winch in from the top after the bumper was installed. This was not easy of course, and in hindsight I think the lift would have worked fine with it in there. 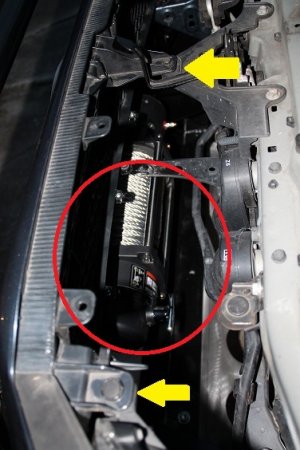 Here is the first incarnation of "LE Mae" as I call her. 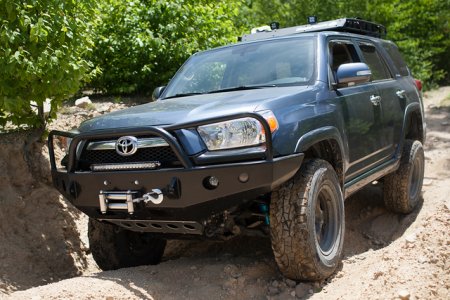 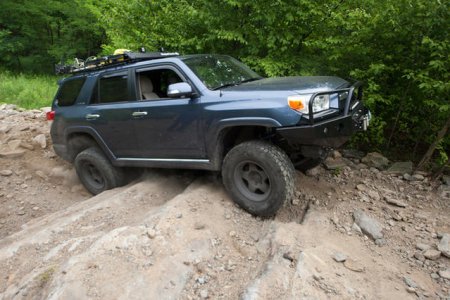 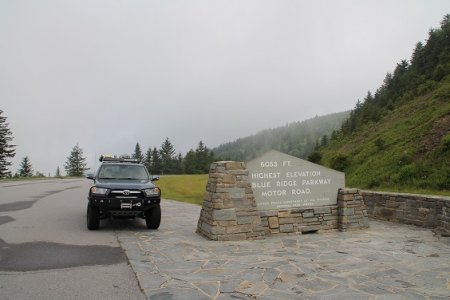 Looking good!
What's next on the mod list?
Dude the trust in that garage door support!

dwphoto said:
Looking good!
What's next on the mod list?
Dude the trust in that garage door support!
Click to expand...

Thanks! Yea the pic is misleading lol. 90% of the weight was on my floor jack, the winch puller was just to keep it stable on the floor jack.
There is more that's been done, these pics were just what I have posted so far.
I've added plenty of mods over the years. Dual Batterys with a Blue Sea controller and breaker fuse, 52 quart fridge, a 25 w solar panel w Victron controller to keep the house battery topped off, URD Y-pipe and a magnaflow, ARB rear locker and compressor, Snorkel, etc, etc...
Here is what she looks like now. 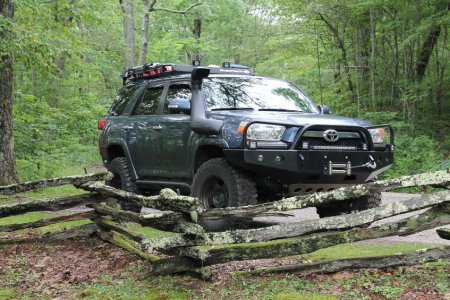 Here is another one that is more current of how she looks.
This is Saguaro Lake, north east of Phoenix. I've got a couple trip reports and a build thread on my V8 4Runner I want to do on here also. 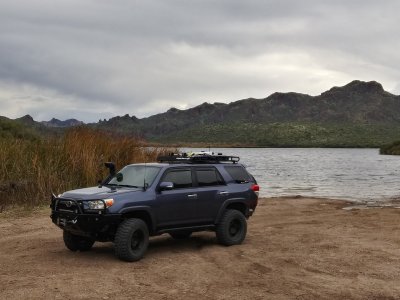